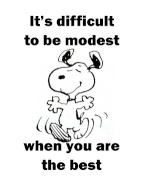 Q: I tell my customers not to leave racquets in cars because the heat can harm the strings and eventually warp the frame. Nevertheless, some of my customers do just that. What kind of damage should I be looking for, and what tools are available to inspect and detect warpage in frames?


A: According to racquet designers we contacted, heating a compression-molded racquet to less than about 350 degrees Fahrenheit does not affect the racquet itself in the short term. This is not the case for an injection-molded racquet, however, as it can virtually melt in the heat of a car on a warm day. Also, depending on the type of resin used, the lay-up, and the “flow rate” used during molding the racquet, one racquet can be more sensitive to heat than others.

In either case, the strings will lose tension, the grommet strip may soften to the point of failure, and the grips, overgrips, and grip tape will each deteriorate much faster.

Warpage is much less of an issue since the introduction of metal and graphite racquets. Wooden racquets require a press to keep them from warping, but that seems to be more an issue with the pull of the strings than with heat alone. Metal and graphite racquets should hold their shape as long as they are stored at reasonable temperatures, with nothing heavy on top of them. To check for warpage, simply sight down the frame.